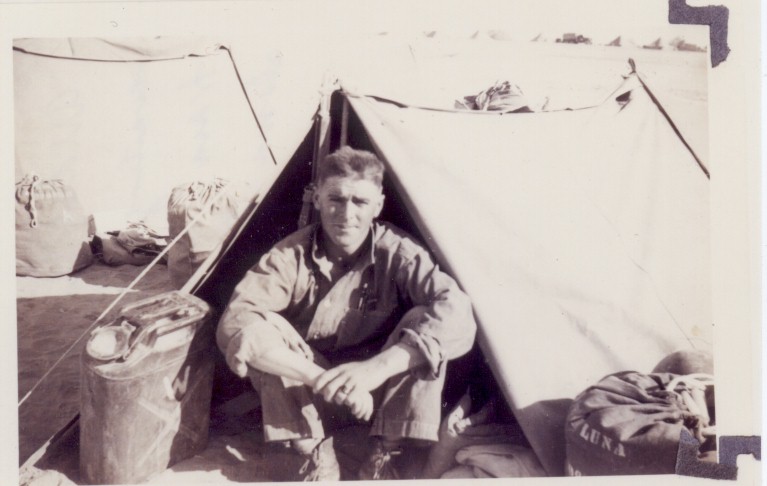 "Waiting for the Train to come down here in Yuma" Audie Luna on dessert maneuvers 1943.