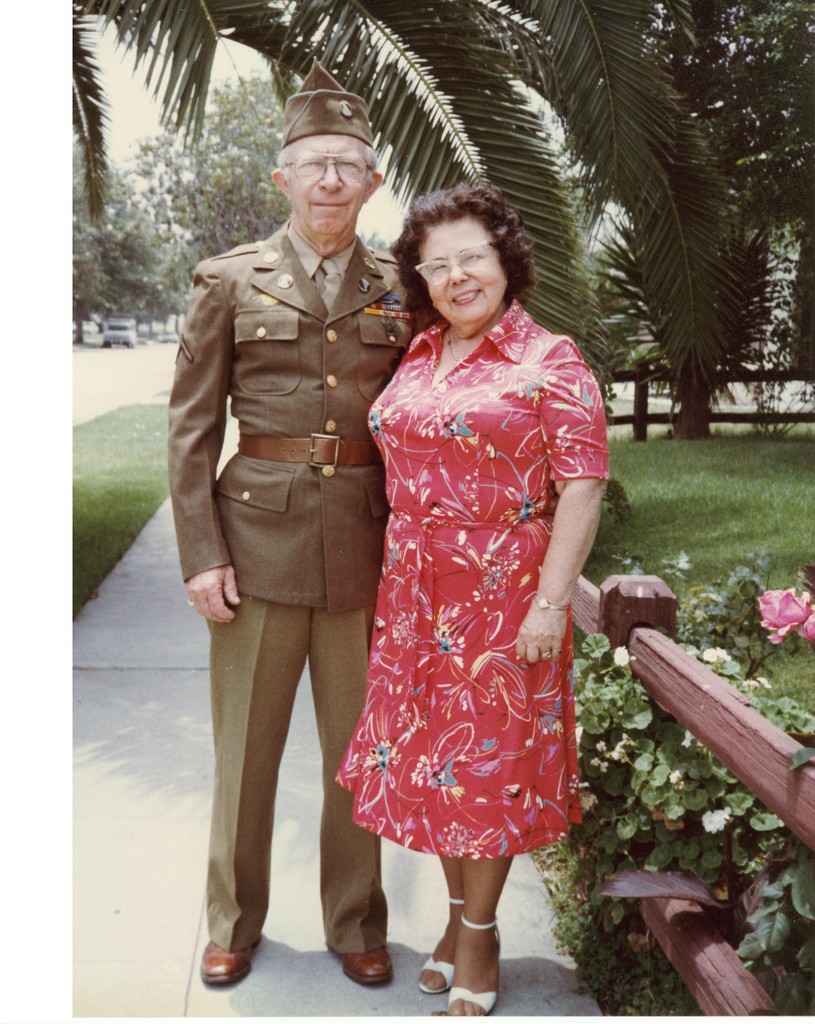 VetsDay Photo of Pfc Donald H. Rothgarn of California. Donald was the Company Bugler for Co L, 1st Inf. Regiment. He Served 6/12/41 to 11/9/45 so saw combat action throughout the war. Donald died 4/22/06 of Alzheimers. Donald was good at fixing things. Once when asked to fix a typewriter at HQ he did so and returned to his tent to discover nothing but a hole in the ground from an enemy mortar attack. You could say the typewriter saved his life. Donald became a typewriter technician for life. On another occasion while on patrol he rested against a tree when a sniper's bullet sunk into the tree just inches from his head. The rest of his unit shot the sniper. Donald recovered a clock from a downed enemy aircraft during the war. He kept it and mounted it in his home workshop and it still works to this day. Photo courtesy of his son, Dean Rothgarn.